Bearleader has already explored some of Greece’s many cuisines with high-altitude cooking in Milia Crete. Now we are going to take a look at some places in Athens and see what they offer.

Athens is the capital of Greece, which dominates the Attica region. It is one of the oldest cities in the world with a history spanning over 3,400 years, and its cuisine is as rich as its background.

Varoulko Seaside is one of the most popular seafood restaurants in Athens. It was recognized by Michelin as a top restaurant in Greece and awarded one star. The restaurant is open all day and serves reasonably priced lunch and dinner. True to its name, the majority of the restaurant’s dishes are seafood. Among its many offerings include grilled cuttlefish with caramelized lentils and orange sauce, breaded smoked eel, and steamed clams in Limnio wine, garlic, and parsley. 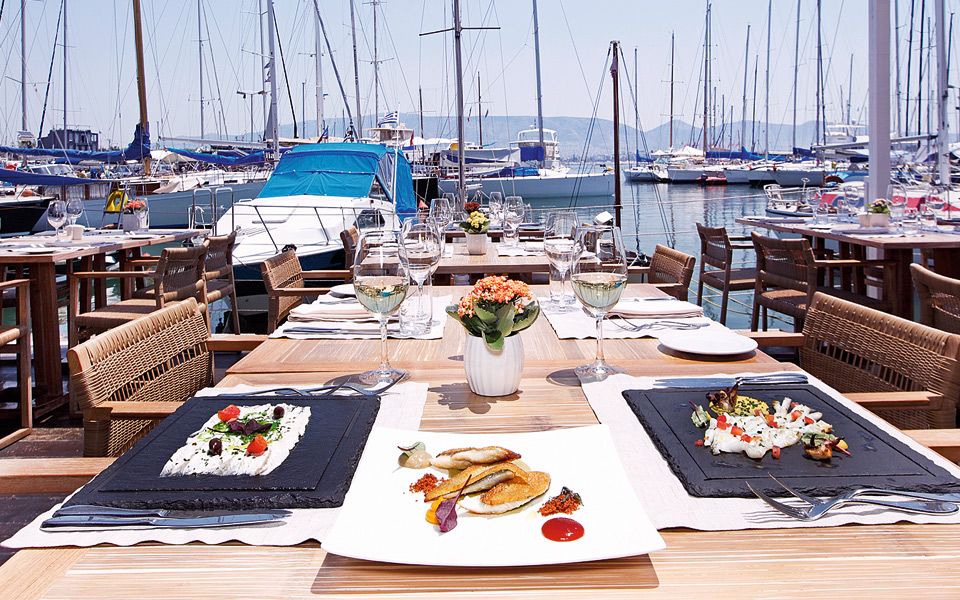 Varoulko Seaside is located beside the sea, overlooking yachts and fishing boats on the bay of Mikrolimano. It can be easily accessed from downtown Athens & Piraeus.

Aleria embodies classical Greece with its neo-classical exteriors and tiles. The restaurant is situated in an old but well-maintained mansion, with beautiful flooring and cross-patterned wood parquet. The wallpaper, paintings, as well as tables all emit elegance that contributes to the romantic ambiance of the restaurant. 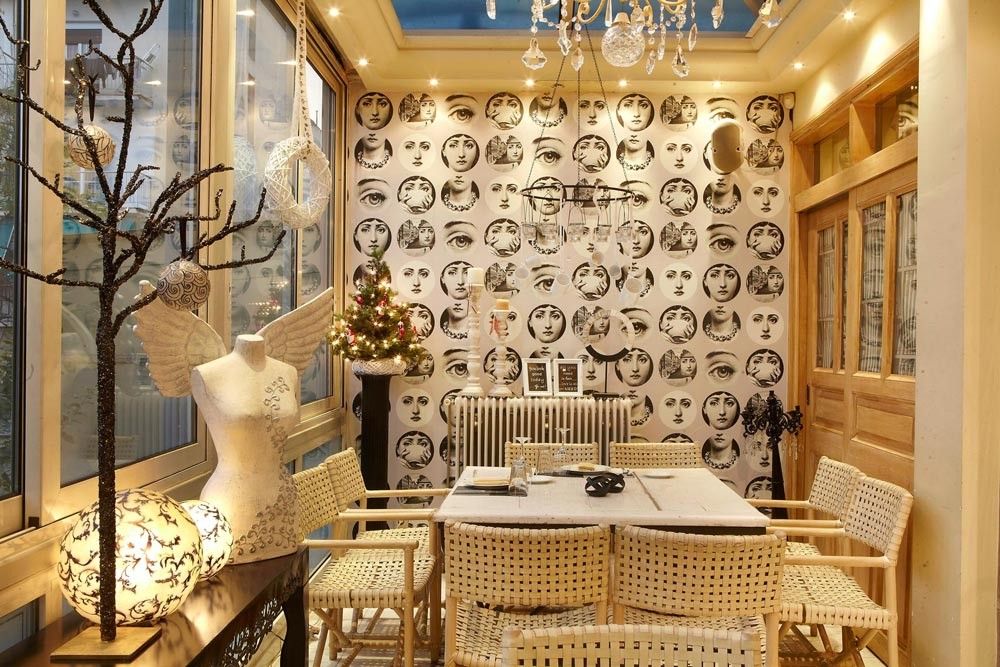 Like Varoulko Seaside, Aleria specializes in serving seafood. People go here for classics such fresh cod with potato gnocchi, and John Dory with yellow beats. However, it also caters to meat lovers by serving bavette steak and duck with wild berries.

Aleria Restaurant is located in Megalou Alexandrou in Metaxourgio. It is open only for dinner service from Mondays through Saturdays.

This millennial-inspired restaurant in Athens is popular for putting twists on classic Greek cuisines. It is admired among locals and tourists, which is one of the reasons the restaurant is the proud owner of two Michelin stars. 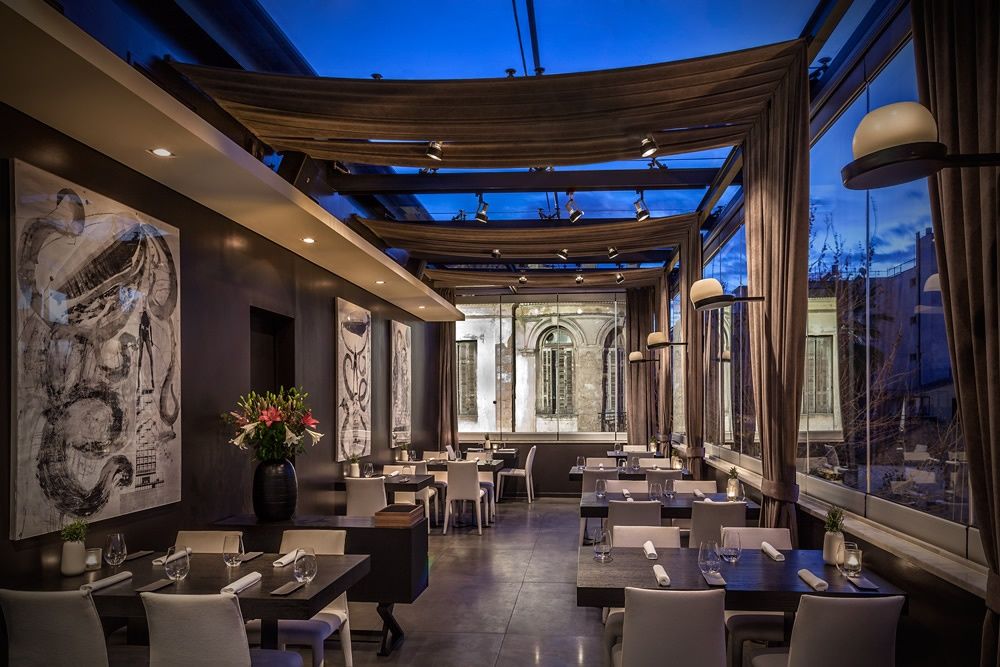 Georgianna Hiliadaki and Nikos Roussos are the two rock-star chefs that are behind the restaurant’s innovative menu. They serve Greek bottarga tartlet but instead of using traditional ingredients, they use white chocolate as the topping. Don’t let their funky cuisine fool you though! They may offer Greek dishes using unconventional methods but they serve a fine-dining experience that lets guests experience what Greek ingredients truly have to offer.

Funky Gourmet is located on Paramithias Street in Salaminos, Kerameikos. Like Aleria, this restaurant is open only for dinner service.

2mazi is another trendsetter in Greek cuisine. It is being managed by two young Greek chefs, Giannis Baxevanis and Ilias Gogos, who specialize in putting twists on traditional dishes. 2mazi is a restaurant with a friendly atmosphere that offers light snacks and an extensive wine bar. They offer seasonal produce with the focus on fresh ingredients and dishes that cater to different diets such as gluten-free and vegan. 2mazi’s menu changes in relation to seasons, so there’s always something new to try. 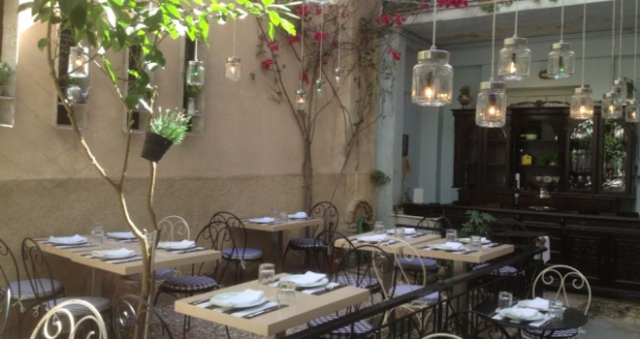 The best way to learn about a country is through its cuisine, as a country’s culture, geography, and history are often reflected through its dishes. Greek cuisine is known for being one of the healthiest in the world, and this is reflected in Greek culture and mythology. Today, the ancient Greek’s gods and their physiques have become quite marketable for brands. The Greek Diet by Maria Loi and Sarah Toland, for example, follows the diet of the ancient Greeks in order to help people achieve a leaner body.

The image of the ancient Greek god and warrior is also being used outside culinary branding to promote Greek culture and wellness. Foxy Bingo has a wide array of Greek-inspired games including Fortune of Sparta and Kronos that highlight the Greek body and wellness in their digital artwork. Modern audiences will automatically associate these images with the Greek lifestyle and cuisine. Tradition and history is a big part of the Greek food scene, and this can be still be seen in modern-themed restaurants such as Funky Gourmet and 2mazi. If you want to replicate the physique of a Greek god, you can eat your way to getting on the right track in Athens.

Whether you’re planning to experience Greece’s food scene in its traditional or modern form, you’ll find a restaurant that caters to your desires in Athens. Just remember that not all restaurants in the city serve food all day so it’s important to make a call first before visiting any dining establishment.

Contributed articles are produced exclusively for publication on BearleaderChronicle.com. All views and opinions are the contributing author’s own. Bearleader Chronicle may receive compensation for publishing contributed content.

Planning a visit to Athens? Here is the current weather and what to expect for the next few days.

A journey is best measured in friends, rather than miles.
— Tim Cahill